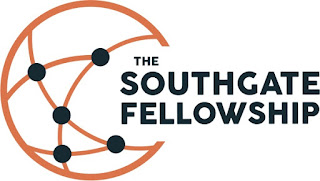 The Southgate Fellowship is a group of theologians, missiologists and reflective practitioners who are concerned at the state of missions in the contemporary evangelical world. A few days ago, the group, which has been meeting together over the past four years, launched a new web site.

Council members of The Southgate Fellowship are drawn from the USA, UK, and France.

They belong to a number of denominations, but all are committed to Reformed theology; the Council is co-chaired by David Garner of Westminster Theological Seminary and Dan Strange of Oak Hill College, two heavyweight systematic theologians from Reformed institutions.
All council members take an active interest in cross-cultural ministry with a few having experience of work among Muslims. Some have ministry experience outside their homeland, though it is not clear that this includes substantial personal intercultural interaction.
I have met half of the council and was a supervisor of Bill Nikides’s uncompleted doctoral research. My review article of Dan Strange’s book on the subject is available here.
The council has been helped by a number of external advisors, though these are not named.
TSF has already been endorsed by dozens of well-known conservative evangelical leaders in church, seminary and mission, including Don Carson, Ligon Duncan, Kevin DeYoung, Michael Horton, Bill Edgar, Richard Pratt, Garry Williams, Paul Wells, Ray Porter, and Steve Smith, as well as lesser-known pastors and leaders in various other parts of the world.
You are given the opportunity to add your endorsement. I will not be doing this and will try over the next few blog posts to explain why.
For now, though, allow me to make some general comments.
It is the conviction of TSF that

due to a convergence of forces in contemporary theology and the global church, many in the study and practice of world mission have strayed methodologically from the sure foundation of Scripture; they functionally deny the categorical uniqueness of the Christian faith, and impose non-biblical and even anti-biblical interpretive grids upon people, religions, culture, and the work of mission.

The core project of the TSF, therefore, is a statement consisting of 100 pithy affirmations and denials that seek to outline where the points of contention are and provide a biblical critique. The statement is ordered in a systematic theological framework, is well presented and is easily accessible using the format of drop-down section headings.
For the most part, the statement is readable. But not always. In places it is even clunky:

79c) We deny that a younger church has no theological, financial or moral obligation to the sending church.

Why the double negative?
I understand that a statement of this nature needs to be terse. It is already long (nearly 10,000 words) but at times the degree of abstraction tends to opacity. For example, I am not really sure to what this is referring:

58b) We deny that in terms of redemptive history or for the sake of mission method, these last days offer direct parallel to or unqualified analogy to those prior to the coming of Christ.

That may be just my ignorance.
Proof reading missed out this incomplete sentence:
Whilst individuals, groups and societies may see themselves as a-religious and describe themselves as such (whether atheistic, disinterested, secular or other).
These are minor concerns. Over the next few days I plan to engage with the statement in more significant ways.
Posted by Mark Pickett at 10:32 AM