Modern-Day Slavery and Mission from Below

Let me introduce you to my friend Kumar. Kumar is not his real name. Posting his real name online might put him in jeopardy. I have known Kumar since he was a young man about to marry our househelper, Sita. He had moved into the Kathmandu Valley in search of a job and picked up construction skills working on building sites. It was a difficult life, getting up early every day to stand on street corners waiting to be hired by builders for a day's work, never knowing that he would have any income from one day to the next. Then the building industry collapsed and we helped Kumar learn to drive with the hope that he could become a taxi driver. That didn't work out so Kumar was back to square one and now with a wife and two sons to support things were not looking rosy.

One day he came to me with his 'contract' to work in the Gulf. It was a poorly photocopied sheet of paper with a dozen potential reasons why he might be sent home at any time at his own expense. He was to work on construction sites in the Gulf for two years in 50C (120F) heat, stay in a labour camp with scores of other workers. His passport would be taken away on arrival and returned only on completion of his commitment. His total pay for two years bonded labour: $3000, half of which would go to pay the manpower office that arranged his contract. I was incensed and tried to dissuade him from going but there was no other work to be had.

We heard bits and pieces of his life there during those years. Mainly we heard that he was still alive. When he returned, he came to visit us. "I survived," he told us. That was the main thing. Others didn't. One worker fainted at height, fell to the ground, broke his back, and was put on a flight back to Kathmandu, with no compensation. Nepal has no provision for paraplegics or disability benefits or free health care. Others died. There is a continual stream of coffins arriving on the tarmac of Tribhuvan International Airport to grieving relatives who have lost their only wage earner, or to no-one as no next of kin has been informed.

But there is a silver lining on this noxious cloud of gross injustice - mission from below. (I think it was Samuel Escobar who coined this expression.) Kumar loves the Lord Jesus. He also loves his fellow workers and so with others he started a church among them. Spiritual life welled up in the sands of that arid place. Now a whole lot of Nepalis arrive back in their home country new men. God does indeed move "in mysterious ways his wonders to perform" (William Cowper).
Posted by Mark Pickett at 4:43 AM No comments:

Why Ethnography is Vital in Missions

I just came across this quote that I saved some time ago. It is by two German architects who were working on the restoration of Nepalese monuments:


Deficient planning is all too frequent.  Western experts usually have but a perfunctory acquaintance with the cultural presuppositions of the countries they are working in.  Their counterparts from the developing countries, often western-trained, sometimes do not wish to appear traditionalist; equating tradition with backwardness, they too readily yield to suggestions which set their own cultural heritage at nought.

The only escape from this dilemma is to present the axioms of a culture in a comprehensible way, and to work out some of the implications these axioms will have to the community that shares them.  An attempt to disentangle an incomprehensible conglomeration, and to show the system behind a mass of seemingly disjunct facts, might help experts to realise that very good reasons usually lie behind what are, apparently, queer and peculiar patterns of behaviour. (Gutschow, N., and B. Kölver 1975.  Ordered Space, Concepts and Functions in a Town in Nepal.  Wiesbaden: Franz Steiner, p. 6) 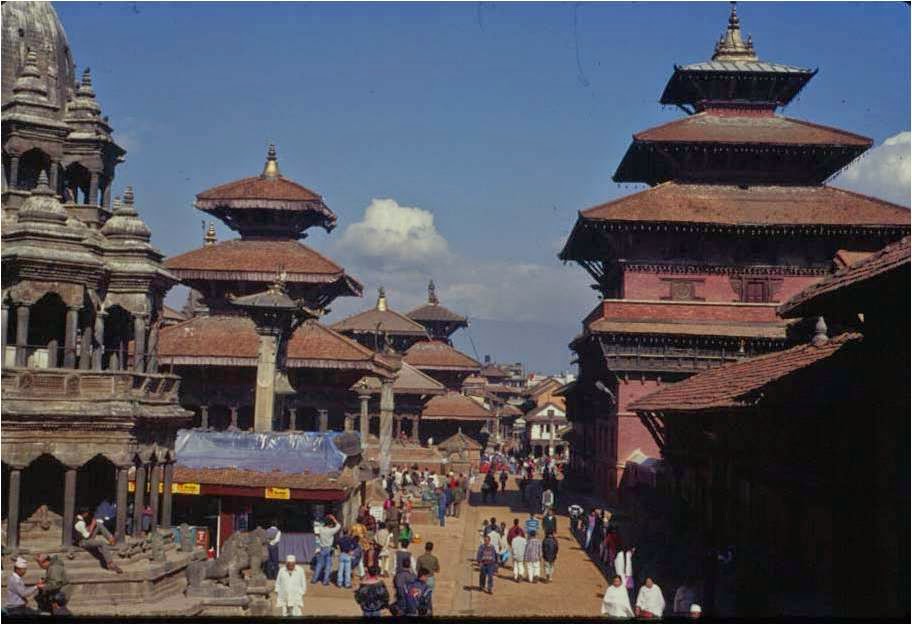 Gutschow and Kölver are concerned that Western experts involved in heritage restoration don't give themselves to really understanding the culture of the community that hosts them. Their local partners, furthermore, are concerned that they will appear to be uneducated and ignorant if they challenge the experts. And so the sensitive restoration of a national treasure ends up looking like a dog's breakfast.

It reminds me of so much that goes on as mission. Dedicated foreigners who have degrees in theology and mission partner with local believers (who, by virtue of their relationship to the foreigners are marginal to their community) to plant churches in an unreached community. Six months language study with minimal acquisition of local cultural understanding is followed by action on a grand scheme, drawn up in a foreign clime, funded by generous supporters, and approved by the local workers (who are they to challenge the latest ideas?). 'Queer and peculiar patterns of behaviour' are dismissed as false religion. The opportunity for careful contextualization is foreclosed.

Posted by Mark Pickett at 3:53 AM No comments: 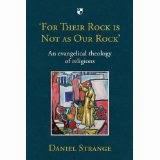 My review article of it is now online in Foundations here.

Here is a taster of the article in the hope that you go on to read the book and my review:

A few years ago I read this extract of a letter from a Japanese student on returning to Japan after studying in England:

Two months have already passed since I came home. I’ve been missing England and all my friends so much that I sometimes cry… Please listen to me. I’ve decided not to follow Christianity any more. I’m so sorry if my decision disappoints you. I can’t deny Christianity at all because I really know what I experienced in England… But now I must follow my family’s religion. Please don’t misunderstand. I’ve decided by myself although it was hard for me.

No sensitive disciple of Christ, regardless of their position on perseverance and apostasy, would be left unmoved on reading such words. But they also provoke questions: What does she mean when she says she is not going to follow Christianity anymore? Just what did she experience in England? What is it about her family’s religion that has led her to take such a decision? Quite apart from the pastoral issues that arise from such a situation the need for clear thinking on religion and religions is obvious. This volume by Daniel Strange, Academic Vice-Principal and Lecturer in Culture, Religion and Public Theology at Oak Hill College, London, is his attempt to do just that.

Strange draws the geological metaphor for his title from Moses’ song (Deut 32:31) and is not shy to declare his theological commitments: “this is a book for evangelical Christians, written by an evangelical Christian” (33). His particular confessional stance is that of Reformed theology (“the confessional tradition I believe to be closest to God’s revelation in Scripture”) although he hopes that the common evangelical position on the authority of Scripture will encourage a broad range of evangelical interaction. He also believes in the creation and fall as real space-time historical events, the uniqueness of Christ, and the necessity of conscious faith in the finished work of Christ for salvation, which I also affirm.


Dan’s book is a major contribution to the field of the theology of religion and deserves to be studied carefully.I learned a lot from it and have been challenged to hone my own understanding considerably. But I do have issues too. My critique in the review article focuses primarily on the author's method. It seems to me that Dan, like most writers in this area, get into difficulty by equating religion (the orientation of the heart) and religions (rival social realities). What do you think?
Posted by Mark Pickett at 7:09 AM No comments: