Trouble at Gospel for Asia 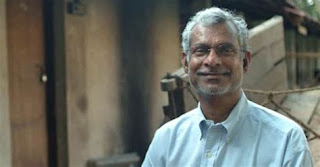 This week news broke that the Evangelical Council for Financial Accountability has terminated the membership of Gospel for Asia. The EFCA is a very important body in the USA that scrutinises the finances of member organizations to ensure they meet their strict code of practice, It is rare that an organization loses its membership. Gospel for Asia is an organization that raises very substantial amounts of funds, in the States especially, to support 'native missionaries' in Asia. The organization was founded by K. P. Yohannan from India and that is where most of the finances seem to be channelled. I have previously commented on Yohannan's philosophy here and here. Read more on the story here. I want to add a few more comments on the organization and its approach.

GFA is not all bad. There are organizations that are quite simply rotten apples. Their leaders are charlatans, they lie through their teeth and cheat many generous donors out of their hard-earned cash. One such is K. A. Paul, also of India, who visited Nepal when I was there. He styled himself as Dr. K. A. Paul (USA) - he was based in America and clearly thought that was somehow relevant to his 'ministry' in the subcontinent; I have yet to discover from where he received his doctorate. I will spare you the details but it is a public fact that he made a wretched nuisance of himself in Kathmandu. Privately, members of the organizing committee confided some truly jaw-dropping allegations against him after he was literally chased out of the country by self-respecting Nepalis who wanted his blood.

GFA is not like that. But there is nevertheless an integrity issue. Some questions might help to focus the issue:


My prayer for GFA, like other similar organizations, is that they put their house in order, come clean about their shortcomings and pursue the ministry of the gospel in Asia in ways that will not put any stumbling block in anyone's path except that of the crucified lord of history.