Readings in Mission and World Christianity

Alastair Wilson has produced an excellent reading list on missions and world Christianity. I have read many of these myself. Eddie Arthur has chipped in with some additional books himself.

Do please read both blog posts. 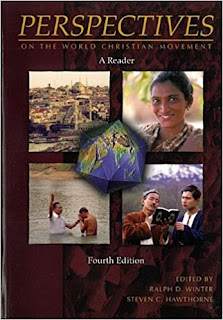 With so much there to read it may seem superfluous to add anything else but I thought of a few more that would deserve to be on such a list:

A really good one-volume introductory reader on a range of missiological topics is this one:


There is nothing by Paul Hiebert on either list.
Here are a few of his writings that I have found very helpful: 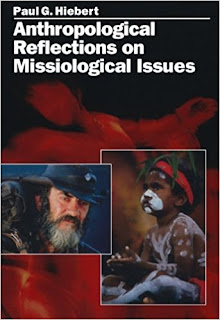 Although Charles Kraft is also a very competent anthropologist (as Wilson recognises), Hiebert is more reliable in his missiological writings.


Another book that deserves to be read is this one:

It would be great to see regionally-focussed books as well but I guess that would make such a list unwieldy.
Posted by Mark Pickett at 7:19 AM No comments:

Are You a Zombie Missionary?

On the radio the other day there was a discussion about ‘zombie companies’, that is businesses that should have folded years ago but because of low interest rates they have been able to hang on by the skin of their teeth. And because the British economy is replete with such companies, productivity in the UK is much lower than it would otherwise be.

That got me thinking about some people that I have encountered in mission. The clear majority of cross-cultural gospel workers I have encountered and worked with are industrious, conscientious, and spiritual people. Now, I fear to induce anxiety in some who are already overly-anxious. But to be frank I wonder if it is time for some missionaries to wind up what they are doing and go home. Some people who have lived in their adopted country for a long time are filled with dread with the prospect of returning to their passport country. ‘What will I do?’ ‘Where will we live?’ ‘How will we survive in a society that is increasingly antagonistic to our values?’ Is that you? Maybe it is not really ‘going home’ anymore, since your host country has increasingly become your home. So, you cling on. Maybe you have a family and the children are happy where they have grown up.


And so, you stay. But as you stay the reasons for staying slowly morph. I have met people like this. One man was a secretary to his organisation’s regional director. He plodded along for two decades doing the same thing day after day. I was impressed with what I thought at first was his stickability. He had started as a single man but along the way he had married and now had three children in their teens. But rather than take on more responsibility with growing experience he still typed up letters and filed reports. In pure economic terms, each letter cost a fortune to produce because of the expenses his family demanded. And then there was his participation in team devotions and prayer meetings. Was a poor devotional life the cause of his low productivity or correlated in some other way? It became increasingly clear that his apparent stickability was in fact sheer inertia. In the end, the leadership in the organization did say his time was up. It was a sad and costly transition.

And then there was the mission school teacher, another worker who now had a family. The school was a great place for his own children to get an education—much better than it would be back home. And that seemed to be the main reason for his remaining ‘on the field’. I can sympathize with that. But one wonders if his supporters understood his motives. Wasn’t it time they had an honest discussion about their ministry?

So, what if you suspect you might be a zombie missionary? Take my advice:

1.     Reflect on your spiritual life. Do you love God more now than when you began this ministry? Are you spending time with your heavenly Father on a regular basis? Do you enjoy fellowship with his people? Does your heart ache for people who don’t know the Lord?

2.     Review your prayer letters critically. What is the tone of the letter? Does it edify your prayer partners even as it informs them? (And I am not talking about a Bible verse at the top; most of us skip those anyway!) Is it only about the family, the car, or the holiday? Does it suggest to your supporters that if you were not there, the work of the gospel would carry on just fine? Now, you must be careful here: you may not be good at writing letters; your work may demand patient long-term investment of time and effort before you see any tangible results; you may be encountering huge obstacles so that simply staying there is a cause for celebration. So, this is not a fool-proof test.

3.     Request someone you trust to give you a thorough review of your ministry. Choose someone who is looking out for your good but will not easily be fooled; someone who is loving and wise; someone with spiritual maturity. Encourage them to ask hard questions. This must include probing questions about your spiritual appetite.

What if you fail the test and you are a zombie missionary? Do yourself and everyone else a favour: grasp the nettle, go home, and get help. You need to seek the Lord to recover your lost love. You need help from a godly pastor or brother or sister in Christ who will help you get back on track spiritually. Returning to the ministry is not the main goal. Returning to the Lord is. You may never get to go back to the scene of your backsliding. But that is all right. It was too important to you anyway. As George Verwer says, “The issue is not geography; it is reality”. And be encouraged: the Lord wants to refresh you with his grace. "A bruised reed he will not break and a soldering wick he will not snuff out" (Isa 42:3).

Posted by Mark Pickett at 3:53 AM No comments: