J.S. Bach and the Imago Dei 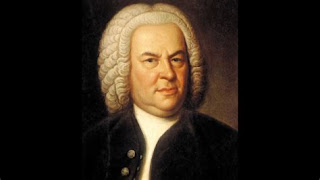 My family gave me two CDs of Bach's keyboard music for Christmas. I am, right now, enjoying his Six Partitas (BWV 825-830), played by Vladimir Feltsman. In his introduction, Feltsman points out that all of Bach's Suites, Partitas, Sonatas and Concertos are set in groups of six. Somehow I never noticed it: six Partitas, six Suites for Unaccompanied Cello, six Brandenburg Concertos, six French Suites, six English Suites, and a group of three Sonatas and three Partitas for solo violin. Why is this? he asks. Could it be that since seven is the number of perfection Bach felt it would be immodest to go beyond six? Or is it that six is the number of Days of Creation?

Certainly Bach was conscious that his creative gift was from the Lord (which is why he signed his work 'S.D.G.' (To the Glory of God Alone). But I think there is more to it than modesty. Bach was conscious of that great doctrine of the imago Dei - man being made is the image of God. When God said 'Let us make mankind in our image, in our likeness, so that they may rule over the fish in the sea and the birds in the sky, over the livestock and all the wild animals, and over the creatures that move along the ground' (Gen 1:26) He was saying 'Go create'. In his creative act then, Bach was obeying the cultural mandate in a God-honouring, joy-filled conscious reflection of God's creation. And we get to share in that joy!
Posted by Mark Pickett at 3:42 AM No comments: